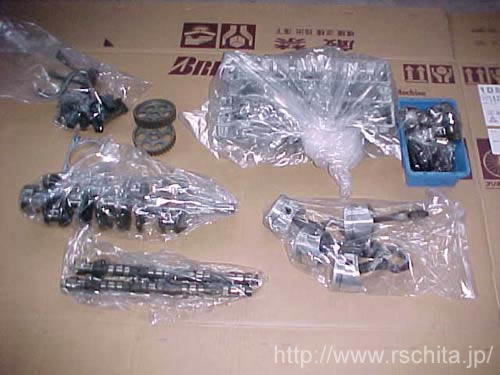 Disassembling
the overhaul based engine, the part which you remove Using the special detergent and the chemical, you washed For rust prevention, after the washing the air blowing, it attaches oil directly In order for the dust not to arrive, after the washing you insert in the vinyl sack

2. before the attaching Block 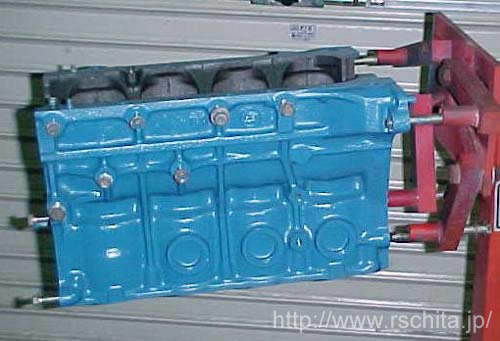 Cylinder
block After the washing it tried painting in the blue Inside blocking it meaning that the rust occurs directly note is necessary The air blowing, it attaches oil 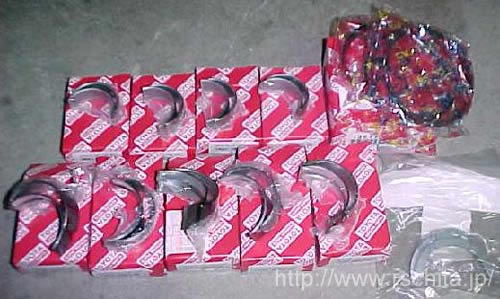 Brand-new metal and piston ring Also the bearing you call the metal This time the genuine metal was used You hear well, the ‘parent and child metal’ isthe crank metal and the connecting rod metal Under the right of photograph thrust metal 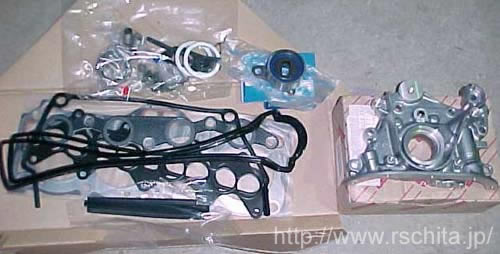 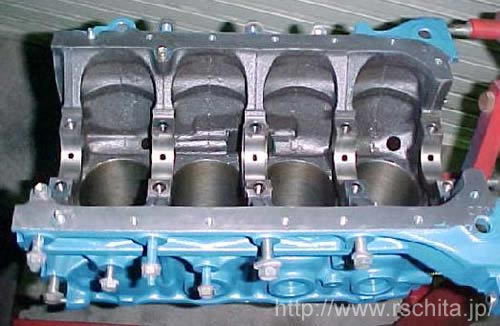 Inside cylinder block Being to wash, very it is clean 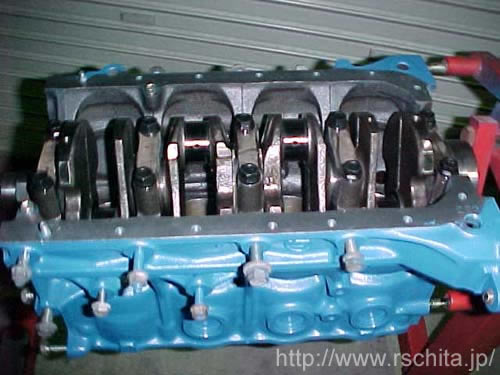 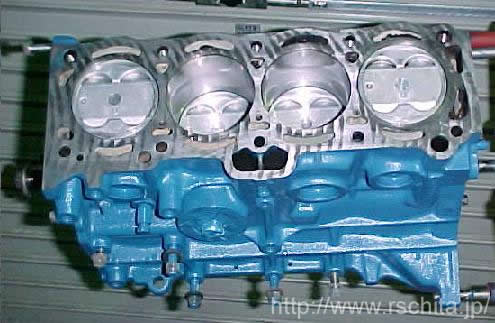 The piston was installed Correcting the block surface with the oil stone, as for the cylinder the horning/honing being completed When the surface has been warped, the balancing plane research becomes necessary 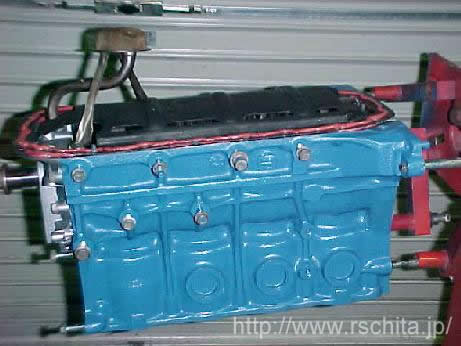 The baffle plate and the oil strainer are installed The liquid gasket which this time is used (the liquid gasket) the NISSAN genuine products Color is different at each manufacturer, but there is no especially problem However for around the water and one for relationship of oil and the like being to be a type classified by use, when it is one for oil, with problem in case of the る there is here 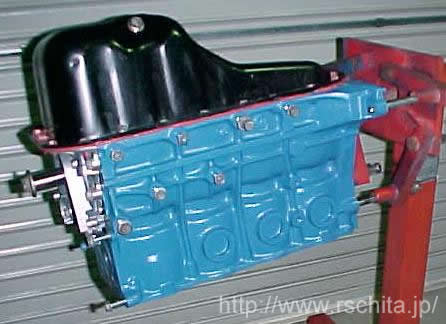 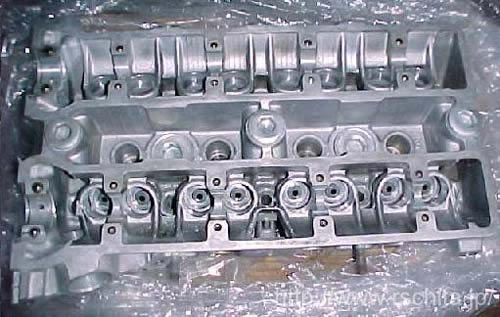 Head after the washing Until the sludge to be difficult to fall becomes very clean, many times repeated washing Time is required well enough 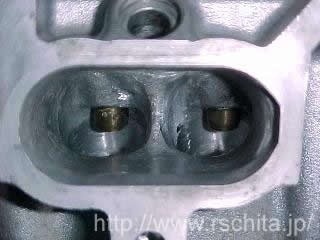 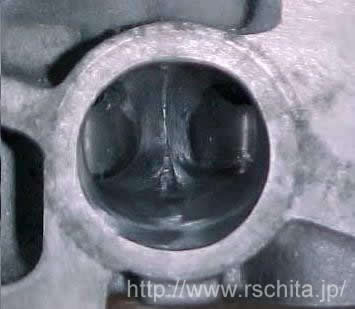 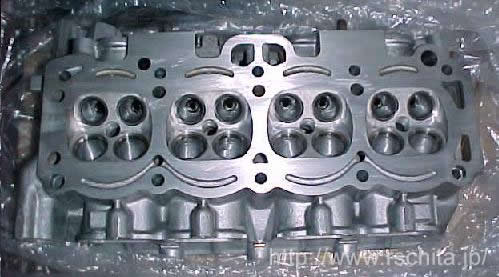 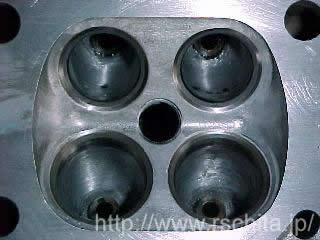 The retainer – placing in valve spring, you set with cotter pin Valve spring it meaning that the sludge cannot fall has become the brown く The retainer – it is reuse, but the brand-new way it is clean 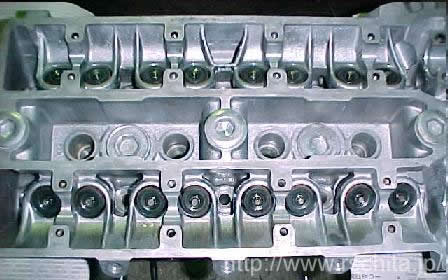 Valve spring and retainer – completion of set The lifter after this – putting, you set the cam 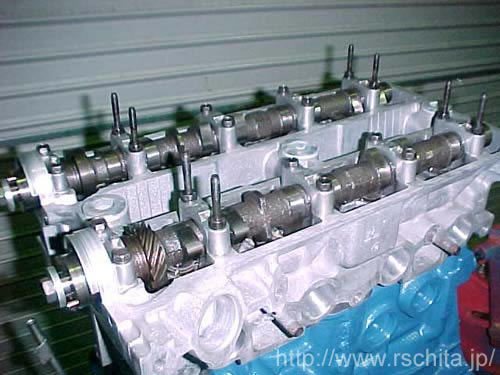 The water pump is installed This time it reused You probably will inspect securely whether there is no abnormal play of the axis and an astringency of revolution, If budget there is a room, the new item will be used With trouble the る and exchange is difficult afterwards when and it is worst, with the overheat the っ ちゃ it is in engine blow 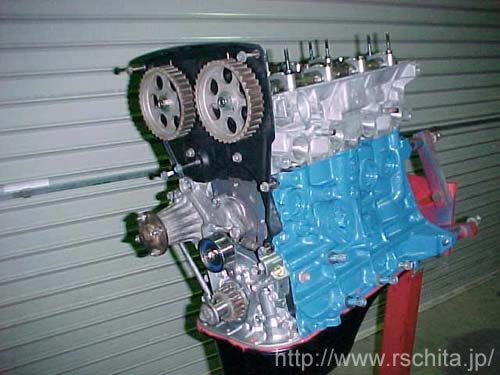 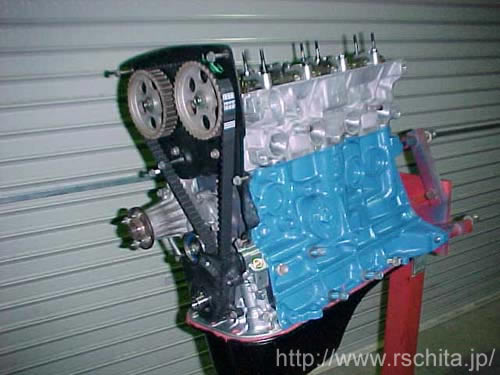 The timing belt is installed Next being to be, it will designate the belt as the new item 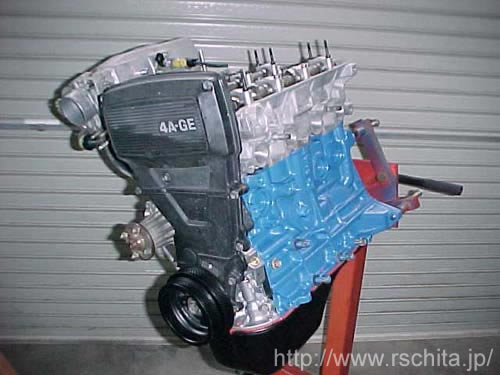 The front cover is installed In the race/lace car considering operating efficiency, it has not been accustomed, but with the town riding the foreign material entering, being to be connected to belt damage, it does to install and the one which is solved is good, probably will be 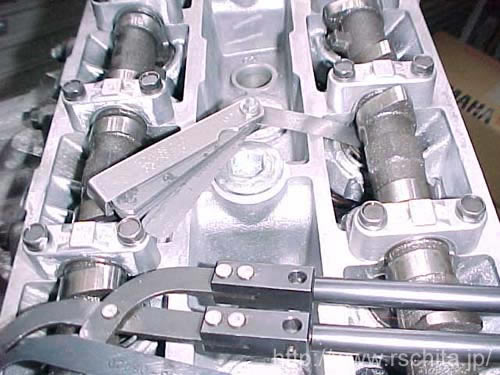 Thickness gauge is put and tappet clearance adjustment is done This time you adjusted with cold IN 0.15mm EX0.20mm a little more narrowly than standard The bottom of the photograph if the Toyota genuine SST it is, to be enormous is convenient, but the cam which is well enough expensive is not removed one by one and exchange of the shim can do also the て however as for the inner shim failure 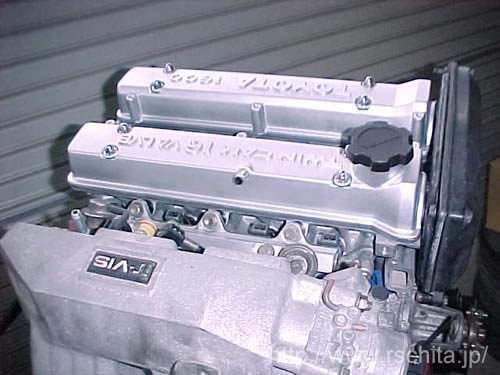 The cam cover washing, peels also the paint of the origin and is done again to paint with the silver – Story of cam cover reuse – sometimes there are some where the inside with the sludge becomes モリモリ, but as for dropping the sludge time is required rather and being to be serious, perhaps the person who searches another cover safety The oil filter of course installation the new item They are the medieval times when the oil pressure sensor is good In order for the rubbish not to enter, the yellow メクラ plug is done in the section Completion! The strengthening cylinder head bolt which job years 1999 November this time is used (the photograph left) Don’t you think? the right side is different genuine products thickness With this in the midst of sale As for genuine volt/bolt to extend installing the metal gasket easily, when you use high revolution with such as circuit, the phenomenon which the gasket comes out with the extension of volt/bolt happens well enough When the gasket comes out, spitting happens to ラジエター With the polo polo and the air bubble increase early condition Coming out completely, the stripe uninformed ドバッ and the ラジエター liquid start blowing with accelerator on ラジエターキャップ is ‘when being hot, opens also the giving ぐ れ’

The metal gasket 0.8mm of TRD which this time is used thick Genuine being approximately 1.2 to be mm thick, is the meaning that the partial pressure reduction which has become thin becomes high, Unless, the point of caution when using corrects and solves checking the distortion of the head and the block respective aspect, when there is the distortion, the gasket coming out becomes easy to occur